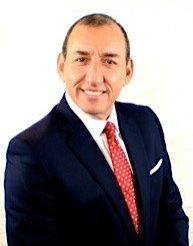 Edwin Beltran, a native of the Bronx, graduated from The Fieldston School in Riverdale, NY in 1975. He received his BA in Political Science and Spanish in 1979 from Tufts University. Upon graduation, he re-joined Beltran Exterminating, the family pest control business on a full-time basis. In 1995, as a result of over 20 years of hands-on field and administrative experience with several pest control firms, Edwin founded K.E.B. Pest Control LLC. Based on the protocols of Integrated Pest Management (IPM) and standing on the principles of integrity, authenticity and a relentless commitment to customer satisfaction, K.E.B. has and continues to make its mark in the industry as a knowledgeable, reliable and trustworthy minority-owned small business.

Edwin served on the Kips Bay Boys & Girls Club Board of Managers from 2004 to 2011. In 2009, he received the Hispanic MBE Award from the New York State Assembly Puerto Rican/Hispanic Task Force. Edwin has been a member of the NYSPMA, National Hispanic Business Group, and Kappa Alpha Psi Fraternity.